Welcome to Write Away!
The writing forum for Project Read learners.
We've redesigned our blog so that adult learners working at Project Read can share what they have written with other learners, tutors, and the public. There are a few simple guidelines to be aware of.

The Last Black Man in San Francisco
A Motion Picture

Did you know that less than 3% of the city of San Francisco is Black? As a part of that 3% that fills out the census, when I see the double decker buses in the Tenderloin (red light district), I wonder what the riders are thinking, “Is this where the Last Black Man in San Francisco lives?”

And that 3% population may fall even more. Fentanyl (a highly-addictive illegal drug) is killing more African Americans – San Francisco General Hospital has reported that the majority of deaths from this kind of overdose are Black.

Don’t forget about the often witnessed black-on-black murders that are rarely solved because we allow our youth to use the community for target practice. Do you think that may have something to do with it? And we wonder why the smart ones move away. If we continue, there will be less than 3%.

We must BREAK SILENCE on the disproportionate impacts of housing costs, drug addiction, and violence felt by the Black community. We must understand what gentrification and redevelopment have done to our Black community. And what can we do about it? Let’s take accountability to make sure that our Black Lives Matter as native San Franciscans.

Click here to view the trailer for The Last Black Man in San Francisco
Posted by Brian Castagne at 5:46 PM No comments: 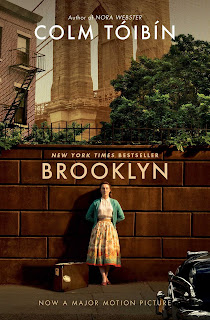 Full of wit, humor and heart -- this novel clearly captures the struggle of an immigrant woman trying to fit into American society.
--David

David is a long-time member of Project Read's Wednesday Night Readers book club. Each month after we've discussed the book, David turns in his personal review. They are all similar to this, well thought out, insightful, and well-written.


Did you know that our love language is learned or created as a child? Even as a baby. The way you were nurtured, or not, has so much to do with how you share and communicate love. I’ve always had a difficult time understanding and differentiating between being in love, being told I was loved, and making love. The “touch” language is even more confusing because of childhood sexual abuse. We must Break Silence to love languages. A curriculum of some sort should be taught in schools. Our love language affects why and how we manage our love and family relationships, from healthy to unhealthy. Understanding our own truth can eliminate dysfunctional relationships: Less Baby Daddy and Baby Mama Drama!

We must Break Silence and take time to learn our love language to empower healthy and happy families. Suggested reading: The 5 Love Languages by Gary Chapman – check it out at the SF Public Library today!

The Power of Lawrencia's Determination

Growing up, you always had a mind of your own, you did not let other kids tell you what to do. Friends didn't persuade you in any way. You did things that were good for you. That is how I know you are strong, and only do things if you want to, not what other kids ask you to do.

Coming to the U.S., we were all we had. You let me know that we can do things our self without relying on anyone to do it for us. We also had fun together sitting on the porch and looking at other kids go by, laughing and talking shit. That was fun for us! When it came to school, you encouraged me to do my homework on time and helped when I needed help.
You have always been a strong person, but you took your strength to the next level when you started living by yourself. You were going to school, paying your own bills, and you didn't let money hold you back. Instead, you were motivated to finish school, and you did it! 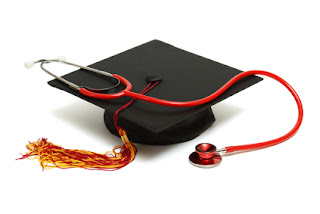 You are a nurse! You have a B.S. in Nursing, and you were determined to achieve your education. I am extremely proud of you. You motivate me to continue with my education.

Did you know that there is a special accessible voting machine at the City Hall Voting Center to help people with reading and writing disabilities? As an adult literacy learner at the San Francisco Public Library, I will be using this machine. The accessible voting machine is available now and I will use it to vote by Election Day on November 6. With the accessible voting machine, there is no excuse not to vote! We must BREAK SILENCE on the trickery and the confusion on the ballot that comes with politics. This trickery and confusion may frustrate and impact the majority of our city's low income population. We must be mindful of things like ranked choice voting - the second choice is mandatory, if not, your vote will be voided. We must vote regardless, just to be counted and to show that OUR OWN LIVES MATTER.

Did you know that some disabilities can be invisible? I’ve always had a learning disability, and now a mental health disability, while living in San Francisco public housing. We must Break Silence on Invisible Disabilities and not judge only with our eyes. I have been a victim of a violent crime and now I have been a victim of a non-violent crime: I’ve been discriminated against under the Americans with Disabilities Act. I’ve been underserved because I appear to look “good” and healthy. I wish I could be safe, healthy, and feel good inside instead of looking good on the outside. “I’m just a dressed up mess,” I always say! I’ve had to jump through hoops as I navigated through services and health providers like food banks and mental health providers as I pursued my journey to health and wellness. I had to advocate for myself, for my healing and wellbeing.


I plead to service providers and my community to take time to understand and be more compassionate of invisible disabilities. Let’s all get educated on the ADA laws and provide great service to all.
-- Ms. D. Gigante 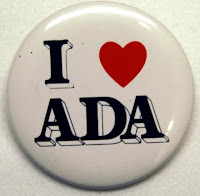 I use Paratransit because my legs give out unexpectedly due to spinal stenosis and I use a wheelchair. I also have diabetes and have to take medicine at prescribed times every day.
Even though I schedule my rides one week in advance and ask for a time one to two hours before I need to arrive, they put me as an "add on". Sometimes, they send a car after I have told the dispatcher that I am in a wheelchair and need a van. I have been picked up late and left sitting outside without notice many times. For example, on August 29, 2018, I was scheduled to be picked up at home at 4 o'clock. After waiting, I called dispatch and they said I would have a one and a half hour wait due to traffic and a ballgame. I missed my scheduled appointment. On August 8, 2018, I was left stranded at Civic Center for two and a half hours. Finally, I took Muni home, which was very difficult in an electric wheelchair, and I missed my diabetes medication.
This week, I had two conversations with a supervisor at Paratransit. On September 10th, he was very nice and understanding when I told him about my bad experiences with Paratransit. He said he would send me information about taxis for people with wheelchairs, On September 12th, I called him again when my ride was 45 minutes late. He provided me with three van taxi numbers. When I called them, one number was disconnected, one number went straight to voice mail, the third number answered and he said he would call back in 4 minutes. He called back two hours later and said he was sorry he forgot to call back. He was in the South Bay and unavailable to pick up.
Several Paratransit drivers I know have quit because of poor management. They have specific complaints about someone in management. Most, but not all, of the people who take reservations are rude. Some are polite and compassionate, but that is very seldom.
Something needs to be done at the 12th street office! I am crying out for help, for the mayor to look into this matter because we, as passengers, need service. I am not just asking for myself, but for people all over San Francisco to get to their appointments and home so they can get their medication. Paratransit has no conscience about their passengers and feels it's okay to provide bad service when it is not.